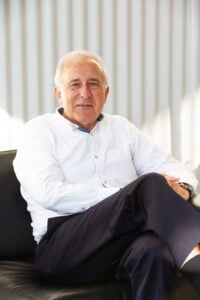 BE (Hon), University of NSW (Civil, 1974).  Fellow, Institution of Engineers Australia.  Board member and Past President, Newcastle Master Builders Association.

Ross started his career with NSW Public Works in 1974 and worked on a range of public infrastructure projects, including the Carrington Grain Terminal upgrade that brought him to Newcastle in 1985, and the construction of the initial stage of the John Hunter Hospital.

He moved into private employment in 1988, when he joined the McCloy Group as a Project Manager and where he subsequently held the position of General Manager from 1993 to 2007.

Ross has been the General Manager of Graph since it began in 1999 (holding that position in both organisations until resigning from the McCloy Group in 2007).

Extensive experience in property development is part of Ross’s make-up, and he’s always available and willing to provide relevant advice to clients.